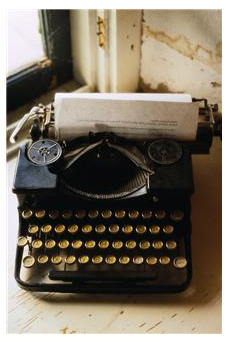 Finding your descriptive voice in screenwriting

If there’s one core screenwriting truth you’re supposed to learn as soon as possible, that’s it. All the stuff that made your fiction writing awesome, all the flowery language, the detailed descriptions, and lengthy internal dialogues are anathema to the script. That two page treatise on your protagonists 1970’s wardrobe and its roots in a painful high school career fraught with bullying and inattentive parents? Fuggedaboudit. What got you gold stars in creative writing will get you tossed at page one by an intern at insertprodcohere.

In screenwriting, the industry tells us, your descriptive passages must remain simple, clear, minimalist. Describe ONLY what the viewer might see (with a few exceptions) and eschew Literary flourish (as well as directorial specifics – but that’s another discussion).

I often tell people: Imagine you’re watching an awesome movie (your movie is awesome, right?), and you’re on the phone with a friend. You’re describing to them what’s happening, while it happens. In fact, try it. Turn on the TV, call a friend, and see how it feels to really try to keep the story moving real time… 1 minute per page, 90 pages for 90 minutes.

Here’s what happens when you insist on being Literary on the phone:

“He steps into the room… architecturally, it’s post-modern, with Louis XIV undertones. It reminds me of that place, whaddyacallit, in California, Hearst Castle? Highbacked chairs that look like they’re carved from some long extinct Brazilian hardwood, a portrait of Michael Jackson on the wall, not scary HIStory Michael Jackson but classic Beat It Michael Jackson. The carpets are clearly antique and his steps are silent as he… oh crap. He’s gone… I think he stole something, but I didn’t see what it was. Hold on, I’ll back up… thank God for TIVO…”

Yeah, too late. The action’s moved on, your character is in another room, and you’re struggling to keep up. Before long, you’ll find yourself doing this:

“He steps into the room. He sees a jeweled LETTER OPENER on the desk, slips it in his pocket, and he’s gone.”

Never make your reader reach for the remote.

So where’s the art?

But how artistically satisfying is that? If you’re anything like me, the challenge of learning to reign in the Literary and focus on Scientific Empiricism starts out as a creative challenge in stylistic editing, but eventually leaves you wondering how to introduce your ‘voice’ back into your work while remaining succinct.

I’ve run across a few scripts lately, while doing a little screenplay contest judging, that use a very conversational tone in the left margin. I find it satisfying when done right: it’s like having the movie told to you by the most interesting guy at the party who tells great stories, yet knows how to get right to the point.

“He turns around and sees this GUY, huge, not fat huge but linebacker huge, no neck, and fingers like sausages. The guy looks pissed, and he’s clearly searching for someone in the crowd.”

Now, it’s a tricky balance… Style (with a capital “S”) can’t supersede the screenwriting tenet of direct simplicity.  It’s an interesting challenge, to introduce enough of your Style to create a personal voice, while avoiding the hyper-specificity of extraneous detail that slows down the real-time pace, and readers hate.

So think about yourself at your party-schmoozing best — when you’re really “on”, and you’re engaging people with a great tale. Find that voice, find that fun, interesting storyteller, and ask her to tell your story while staying on point.

I also think it’s important, when leveraging the engaging nature of party-talk description, to avoid non-party-appropriate language* — falling into a profanity laden screed that might be cool with your buddies over beers, but runs the risk of offending a reader. I’ve seen a few of these lately, and they go something like this:

“He turns and sees TERRY, a huge fuck, dumb as shit, can’t count past six without takin’ off his shoes.”

It’s okay for your characters to swear – I’m no prude, and my characters swear all the time. But when you swear in the left margin, that’s YOU (the writer) swearing at ME (the reader). You have to be more creative than that… and it’s just smart business (don’t forget it’s a business) to mind your manners until the client lets loose first.

And note my use of “takin'”. Your description shouldn’t include dialect… contractions of course are fine, but save dialect for dialogue (and even then, tread with caution).

I know there are writers who disagree with me … successful writers like Kurtzman and Orci.

Their script for Star Trek uses “fuck” 35 times in the description — but not once in the dialogue.

“And he STOPS. They all do. A fucking FACE is now on their VIEWSCREEN. A ROMULAN FACE — the FIRST OFFICER of the Narada, whom we’ll come to know as AYEL.”

I have three things to say about that.

But the point is, can you tell your story without swearing at – and potentially offending or at least kicking out of the story – a reader who is a total stranger? I’d consider it.

How much is enough?

Balancing a dash of Literary Style with textbook scriptwriting is tough to do. Your description foremost has got to be in service of to-the-point declarations of action and character. Too much personal flavor may threaten to put Style before Function for some readers, so it may be safest to find select spots to inject it, perhaps just around primary characters (especially on introduction), settings, or situations, and be mindful of its impact on pace.

And when in doubt, better to err on the side of utilitarian, because in the end, standard screenplay stylistics reign supreme.

But when it works for me, it works for me. As a reader, it’s a treat to read something that not only subscribes to format, not only has a story structure that functions, and not only has a pace that keeps me turning pages, but that is more than just utilitarian to read… that has some finesse to the art of wordplay in it. Those are the ones that make me go “Ooh, nice turn of phrase” while reading, and in the end have me saying “Yeah, that was a good read, this guy can write”.**

Being a reader really makes me look again at my own work. Every time I read something that fails, that falls short of what I (with my reader hat on) would bump upstairs, or when I find something that really works, I share it with my writing partner. We talk about just why the script succeeded or failed, and use it as an opportunity to apply that measure to our own work.

* — I guess I should say ‘professional party’. We swear at my house all the time. Especially during parties. But I don’t do it in professional company where I don’t know the taste of the people I’m schmoozing. And yes, I do know that I swear on my blog.

** — As per usual, there’s a level of subjectivity to this, and we’re talking in the end about my personal preferences when reading. Differing opinions? Please share!