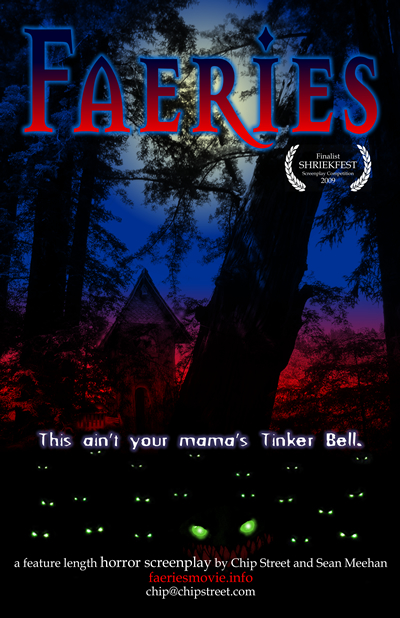 * This post was recommended and redistributed by the fine folks at BlueCat Screenplay Competition.

We hear it all the time. If you want to write a better screenplay, get feedback and listen to it.

But I promise you this: the feedback you get from contest readers, other writers, and even friends and family will not be consistent. Readers will contradict one another, you’ll get mixed messages even from single readers, and figuring out how to use any of it to build a better screenplay will be overwhelming.

A few years ago I attended a talk with Sony’s Sam Dickerman. My favorite observation of his was that when producers say “That’s great, but can we add aliens somewhere?” they don’t literally mean “add aliens”. They mean they’re looking for something spectacular and unexpected, and it’s your job to understand what result they’re looking for, and find ways to deliver on that while remaining true to your story (and yourself).

So what do you do?

Easy to say, harder to do. We’ve recently gotten lots of feedback from a variety of respected readers at a number of high-profile contests… specifically BlueCat, SlamDance, and WildSound. So by way of example, we thought we’d share some of the feedback we got on our horror screenplay Faeries.

Pacing: You can’t get there from here [fast enough]

By design, we modeled our screenplay structure on The Descent, a creature feature that enjoyed real success and spawned a sequel. As in The Descent, we spent lots of time building the characters and relationships, saving the first creature reveal for the midway point (at page 47, we still beat The Descent’s minute-50 reveal).

Because of that slow build, the action really takes off midway through the second act, following the characters as they’re pursued through the woods, picked off by the creatures one by one.

This slow build and sudden shift in pacing could be considered a gamble, The Descent notwithstanding, given the traditional genre (and SyFy Channel) preference to “get to the creature quick”, and the inherent impatience of readers in general.

The response was mixed.

BC: “This second half of this script is incredibly strong. Once the faeries arrive, the action is non-stop. Every time our characters look like they have escaped, they are placed in another dangerous situation. The danger keeps increasing, keeping the audience at the edge of their seats.”
BC: “The title of this script is Faeries, yet we never see a faerie until page 47… For a thriller, the action unfolds quite slowly…”
SD: “The build is very strong. The author doesn’t try to rush things and make everything happen immediately or too fast, but lets the horror build… the slow build is a good idea.”
BC: “The story does not take off until the midpoint, making the first half feel more like a really long setup instead of a thriller.”
WS: “…the authors maintain a brisk pace throughout the piece.”

So the build worked for some, and not for others. This is subjective feedback. Our intention was a slow build — those for whom that didn’t work simply aren’t our audience, right?

Yes and no. In fact, it prompted us to look at the first half, and ensure that the time we were spending on building characters and relationships was engaging, well-paced, and escalated in a way that made it as interesting as possible. Because what we don’t want is for it to *feel* like a “long setup”. We found a few places to make some adjustments, and we think it’s better for it.

Character Development: Who are you again?

Choosing to write a character-driven horror movie (and sacrificing an early creature reveal) means we’d better do a damn good job of building interesting characters. This is something we felt we’d done well at. Here’s what the readers had to say.

SD: “The characters are above average and the author strives to give them some depth and individuality.”
WS: “There are also some wonderfully subtle moments of character development.” “…characters are so strongly developed”
BC: “Each character is well-developed and fits nicely into the story.“ “…the female characters are strongly portrayed.”

Great, right? Then there’s this…

BC: “In general, the characters are not fully developed.”

Once again, opinions vary from reader to reader. More confusing still, the same reader who said “Each character is well-developed” also said “the characters are not fully developed”.

So what do we do with that? We chose to combine the refinement of the first half (our response to the long setup issue) with character building (our response to character issues), by looking for opportunities to enhance character in ways that also contribute to tension, plot, and escalation early in the story.

Issues of clarity: Did you even read the script?

Speaking of characters, our main character, a woman, is suffering from head trauma and has lost an unborn baby, the result of a terrible car accident in which her husband was the driver (and she the passenger). That accident is illustrated via a trio of flashbacks, which demonstrate the long-standing tension in their relationship. In the flashbacks, she’s described as “clearly pregnant”. In the present story, of course, she is never referred to as pregnant, and is even shown drinking. Driving it home, during one conversation about the accident, another character says to her “It’s not about blame. It’s about getting you healthy. Kids can come later.” We thought we’d been pretty clear, and for the most part readers seemed to get it.

WS: ”She also endures some terrible personal tragedies, from the loss of her baby to her head trauma…”

Yet somehow, others completely misunderstand this.

BC: “Reese’s pregnancy makes a more vulnerable and likeable character.”
BC: “…even though Reese is pregnant, no one seems to discuss it or treat her with extra care… her friends do not seem concerned about a baby. The pregnancy is only mentioned once; consider removing that detail.”

This is frustrating. How “on the nose” do we have to be to satisfy readers who clearly just aren’t reading carefully? We’re certainly not going to remove the pregnancy. It’s a huge factor in the couple’s troubled relationship. But that said, if its impact on the relationship was working, would a reader say “the pregnancy is a minor detail you can lose”?

This is an opportunity to “add value, not information”. As tempting as it might be to simply insert some clunky descriptive line that says she’s “clearly no longer pregnant”, we’ll be better served by addressing why the pregnancy is a valuable story point, and look for opportunities to enhance interactions between her and her husband in ways that organically demonstrate the impact of the lost child on their relationship… and the story.

Format feedback is pretty objective stuff. Yes, there’s room for some flexibility, and it does evolve over time. What was allowable decades ago wouldn’t be acceptable today, and what works today may not fly in a few years. But by and large, if you’re still peddling spec scripts, it’s not on you to reinvent the font or margins.

SD: “It is first suggested that the author bring the screenplay to industry standard or a more modern style of doing narrative. Here this means that no words should be fully capitalized except for a character’s name when they first appear. Also, do not list transition shots like dissolve to, or POV shots. Other than that, the narrative here is well written.”
AL: “Don’t put so much contact information on the title page.”

When I first started writing screenplays, all SOUNDS were capitalized. Apparently that’s not what (at least some) readers are looking for today. There’s little in the way of formatting that’s worth standing firm on if you’re hearing that it’s a problem. More than two readers complain about your capitalized sounds? Get rid of ‘em. Focus on story.

While we found some of the feedback insightful and enlightening, some of it was clearly conflicting, and some of it, frankly, so astonishingly off the mark we wondered if they’d read the script at all. But in the end, we did our best to set aside our egos, give all the feedback due consideration, and be open to ways to improve our script.

After all, if you’re asking for feedback just to hear how great you are, you’re wasting everyone’s time.

We learned a lot, and ended up making some minor but impactful modifications that changed our screenplay for the better.

Thanks, all you readers, for taking the time to tell us what you thought.

7 thoughts on “When to listen to the reader: Understanding screenplay feedback”