People watching may be the best way to hone those sub-textual writing skills. 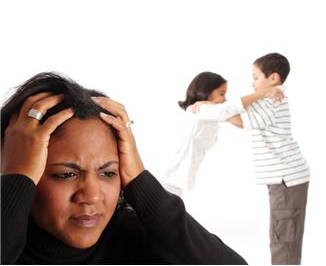 So I was standing in CVS looking for a father’s day card for my son (note to self: There are no father’s day cards from dad to son-who-is-a-dad) and of course I wasn’t the only person who’d put it off perilously late.

To my right, a woman and her teen daughter scanning the rows of leftovers.

Enter screen right: A third woman, tension radiating from her clenched up little form like heat waves on a hot tarmac.

She ingratiated her way between the mom and daughter team, in that way that Obi Wan assured the Storm Trooper that these were not the droids he was looking for, by standing behind them making furtive little half-steps toward the space-between-that-was-not-large-enough-for-her, audibly huffing little puffs of what I was sure must be steam from between her pursed lips, until they realized that they must part for her just to get some of the sticky tension she was exuding off their person. She never said “excuse me”. She never addressed them directly. She just “made them want to step aside”.

Still no one came.

I looked to my left, and there were two sweet kids I assumed were Bobby and Suzy, calmly looking through a row of “Father’s Day for Grampas” cards, guided by a man I assumed was Bobby and Suzy’s father. He pointed out options, the kids read (or looked at pictures at least).

She stomped over to them, and I half expected her to grab both their wrists and drag them back to the (now very uncomfortable) mom and daughter duo. “Will you come here?”

She tried to melt his face with eyes that, in another universe, would have been two lumps of burning brimstone. “The Grampa cards are down there,” she hissed.

Dad didn’t say anything. He just indicated the section the kids were already rummaging through. It said “Father’s Day for Grampa”.

She seemed to shrink, just a little. “Oh.”

I thought that was it. Tension defused. “I didn’t know,” she fumed. Then: “Well, hurry up.”

Dad exhaled. Inside, I knew, he had just counted to ten. “They’re looking.”

“Just hurry up! Pick one!” She paced. She paced uncomfortably close to their backs. She made those same little half-steps, from one end of her tiny invisible cage to the other. I think her knuckles were white.

Apparently, they didn’t move quickly enough. She huffed again. “God! Will you just hurry? Never mind. Forget it. I can’t stand this. I’m going outside.”

Dad turned, and put a hand on her shoulder. He kind of guided her away a step. “Just calm down, will you? Wait over here.”

“No!” She stamped back to position one. Mom and daughter had beat feet. She had her section to herself. I’m not sure why the cards didn’t burst into flame.

Dad saw the kids hadn’t found what they were looking for, and crossed behind me, guiding them gently toward mom. I don’t know how much pushing he had to do.

I’ve never been so tempted to stop someone and say “Is she always like that?” Or “You’re a saint.” Or, to her, “Do you have any idea how fucking unpleasant you are?”

But I didn’t. Because, of course, I  don’t know if he’s a saint. I don’t know what came before the drugstore. I don’t know her relationship with the Grampa, how late they were to get somewhere else, or what hellions the kids had been in the car. None of which, of course, should excuse her terrible behavior. But all of which, very possibly, very likely, informed it.

What I did know was, in all likelihood, this exchange was not at all about the cards.

And therein lies the point.

Most arguments, and many conversations, are not really about the subject at hand. That’s what subtext is all about. Writing dialogue that in fact reflects the true nature of the dynamic between characters is “on the nose”. It is “exposition”. It is (almost without fail) suboptimal.

In the first Write Club Challenge, script analyst John Rainey stated that “Rarely do characters say what their objective is. They speak around it in an effort to persuade the other character to give him/her what he/she wants. A guy on a date would never say ‘Let’s go to my place and have sex.’ … To say that would be ‘on-the-nose.’” (read more of John Rainey’s screenwriting advice here…)

We don’t know what the crazy lady at CVS was really angry about. She didn’t tell us.

It’s possible they were running late, but she never said “We’re going to miss dinner at Grampa’s if you don’t hurry and pick out a card.”

It’s possible she hates Grampa, but she never said “I don’t know why we’re wasting money on an emotionally abusive old man who never gave me a birthday card my whole life.”

Real people, at least the interesting ones, don’t do that. They talk around the problem. They project their anger elsewhere, perhaps (usually) inappropriately. They often don’t even know themselves what they’re actually angry about.

They don’t explain their anger. They are just angry.

As writers, it’s our job to hone our observation skills, to people-watch, to make mental notes, to become keen spectators of human communication … and to see the truth of just how imprecise, and woefully inadequate, it really is.

In a perfect world.

Are you doing enough people-watching? Has it made you a better writer?