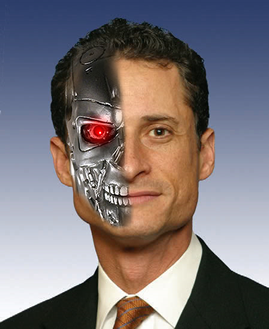 Only time will tell if the time-bending Twitter hack has been successful at deflecting attention away from the story that will — or would have — ruined his Presidential bid. The revelation that threatened to destroy Future Weiner’s political career is now lost to history, obfuscated by the now-famous “Weinergate”.

We can only imagine what original 2011 action demanded the time-bending Twitter hack. But whatever the original sin, according to one social scientist who has thoeorized on the subject, the resulting Weinergate will not affect the future campaign, because “in 2023 all candidates will suffer some form of classic social media embarrassment; some self-inflicted, some the result of well-meaning parents sharing bathtime pics and poop videos. Weinergate will prove no roadblock to the White House.”