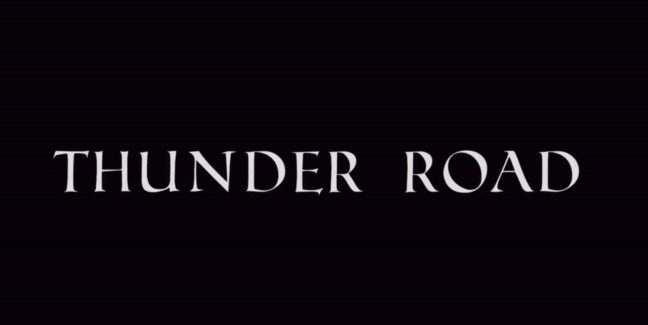 Every now and then you run across a piece of filmmaking that inspires, and stuns, and leaves you saying “holy crap.”

END_OF_DOCUMENT_TOKEN_TO_BE_REPLACED

Have special effects finally gotten so accessible that indie spectacle filmmakers can focus on story?

The short film Plot Device was put together to showcase the new Magic Bullet Suite 11 from Red Giant. So yeah, it’s a “gee whiz look at the affordable but awesome FX extravaganza” whose primary aim is to highlight the software.

But it goes a step beyond that, and includes some great acting, a fun story, something of an arc, and a truckload of homages that are lovingly included (my favorite: The simple fact that he’s barefoot throughout the story).

END_OF_DOCUMENT_TOKEN_TO_BE_REPLACED

I was directed to this film by somebody on IndieClub. I believe it’s the result of one of those 24 or 48 hour film challenges.

Now it’s not long on story (it’s essentially dependent on a twisty), but it is long on good performance, production value and creativity. NOTE that the whole film is one continuous shot. Given how shitty so most indie films are, how shitty most shorts are, and how shitty most “film challenge” films are, I thought this was well worth sharing.

Hah! I just learned that my first short film, “Whatever It Takes”, is posted on YouTube.

This short was written and produced primarily as an equipment test back in like 2005… my friend Chris Cooney had just gotten a new lighting kit and mic, and wanted to try it out. We were running a writer’s group, using an unused floor of a business building in Santa Cruz. So we co-wrote a shorty that would work in the space available, roped in a few actors who had been helping with reads of people’s screenplays, and shot this out in four days. It kind of grew into a bigger production than we’d planned, but we had fun, and it was a great learning experience.

It ended up being accepted to the Santa Cruz Film Festival. Go figure.

The quality’s a little janky, but enjoy.

Okay, not the most compelling of subjects, but better than the “how to potty train your kid” video I did last year. This was shot for a local Chai manufacturer for use as a promotional tool. It’ll be used at trade shows and embedded at their site. I produced and directed. The client wrote it, though also I helped them refine the script.