Why rewrite a screenplay that’s working? Because it’s not. Here’s one story about going back and fixing what we didn’t think was broken.

Those of you who know the tale of Grampa Was A Superhero know it was the second feature screenplay I wrote, this one in partnership with my pal Sean Meehan.

You also know it turned out pretty good, and was optioned for two years by a producer who’d previously worked extensively with Stephen King. However, the indie market was still reeling from the recession, and we weren’t able to pull together the funding.

In the meantime, we wrote Faeries, a creature feature horror script which immediately finaled in the Shriekfest Screenplay Contest, was considered by a number of prodcos, and is now under option and in development. Fingers crossed.

Then we moved on to a new screenplay, a western-genre mashup of epic proportions.

We didn’t look back at the Grampa script. Even though we knew we’d learned a lot on Faeries about crafting a tighter plot, we were confident that Grampa was a solid piece, and that once we were ready to start shopping it again, it was ready to hit the ground running.

That confidence was boosted by the simple fact that it had already been optioned once. I mean, sure, the previous producer had mentioned doing some rewrites, but they all do. Surely the screenplay was sound if it had been optioned at all, right?

So imagine my dismay when I read it through last year to prepare to start marketing it again, and discovered that it sucked.

Okay, maybe it didn’t suck. It’s a great story, with real four-quadrant appeal, and characters that we think actors will want to play. Plus it’s got franchise written all over it, and cross-media potential in graphic novels, TV or web series, and mebbe even action figures. (A guy can dream, right?)

It was good. But it wasn’t good enough.

Here’s the thing. Essentially it’s a family road trip adventure story, in the vein of Home Alone, Wild Hogs, Are We There Yet, or Unaccompanied Minors. But given that genre, it’s a complicated story: Jesse and his Grampa are on an unplanned road trip (that’s plot one), a pair of bumbling robbers are pacing their route cross country (that’s plot two), an aspiring TV reporter is using his network’s resources to grease the duo’s wheels and keep them on the road and in the press (that’s subplot one), and Jesse’s parents are trying to figure out where the two traveler’s have disappeared to (that’s subplot two).

Add to that the fact that Grampa’s living in a dream world where he thinks he’s a super hero, because he used to play one on TV in the ’60’s, and there’s a lot of there there.

What we discovered was that while all those plots intertwine in ways that organically build on one another (there are good story reasons why one plot is facilitated by another), we’d given them all nearly equal weight. And what the story really wanted, what it needed, to be about was Jesse and his Grampa.

So I went to my writing partner and told him the bad news.

He balked. He hadn’t thought about this screenplay for years, and was confident it surely must be good enough.

I convinced him to read through my notes, and keep his mind open.

He’s good like that. And he  saw what I was saying.

At 110 pages it was just too fat. Some of that was too much plot, some of it was overwritten description (not terribly overwritten screenplay description, but too wordy fer sure).

And it suffered from a lack of focus. We needed to pare down the subplots, and put the focus back on Jesse and Grampa.

So began the gutting.

I won’t bore you with the details of the rewrite. But trust me, we gutted a lot of stuff.

We’ve spent some time studying the art of the rewrite, and have blogged about interpreting screenplay feedback and integrating value back into your story.

We lost lots of great dialogue we loved when we wrote it, and still think is great stuff. For another movie.

We lost whole themes about timely and interesting things: how we live in a consumerist society that values acquisition over honor, money over integrity, fame over achievement. None of which really belonged in a movie modeled after Home Alone.

We lost five pages just by simplifying the motivations of a single minor character.

Another five by editing the description to be more concise.

Another three or four by killing really cute scenes that weren’t actually moving the story forward.

In the end we stripped twenty pages — twenty pages! — from what we thought surely was a solid screenplay, that had been good enough to be optioned (and extended) for two years.

We are super excited about what we ended up with.

We only get together once every couple of weeks, and work on our notes in the meantime when we have time.

So it took us a few months on the calendar, but only around a week or so of full time work, to finish up.

Now Grampa Was A Superhero is a much more concise, tight, fast-moving story that more closely matches its brethren in the genre. It’s funnier, faster, leaner and meaner. We put together a dream cast (just for fun) and will be submitting the screenplay to a few competitions, and a few prodcos.

And we’ve got high hopes for this new, improved screenplay.

While I don’t recommend rewriting and rewriting screenplays forever, it’s important to recognize that you do learn and grow as you write. 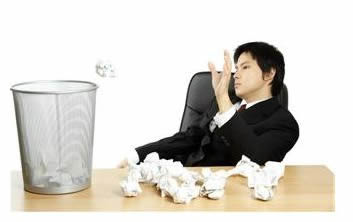 You’re a better writer now than the person who wrote that screenplay. So don’t let that less experienced writer of the past ignore the advice of the better and more talented writer you’ve become.

You need to be willing to be brutally honest with yourself, be your own worst critic, and listen to what your new and more insightful gut is telling you.

You’ll gain confidence, because you’ll see that you can now recognize your mistakes, that it’s possible to find ways to improve even solid work, and that good enough can be better.

It’s valuable to learn how to kill your babies, and get rid of paragraphs of what you’ve thought for months or years might be great dialogue, if losing it is in service of a better story.

It’s valuable to be willing to acknowledge that the great themes you wove into your work aren’t appropriate or necessary to the movie you’re writing and are muddying the message.

And yes, if the story is a good one, and you can fix it in relatively short order, it is worth spending some time to do it. Hopefully, you’ll end up with a much stronger screenplay (we did).