If you’ve known me long enough, you know how unlikely that statement is. I was one of the (many? few?) decrying reality TV as the launch of the apocalypse 10 years ago, the first of the 4 horsemen. But its siren song called to even me, and as a consequence I’ve just finished watching my 10th season of American Idol (the show that, yes, brought my lovely wife and I together) and am hunkering down for my annual fix of So You Think You Can Dance.

I do have my standards, though. My preference is for reality TV that rewards some kind of creativity and talent, extra points for illuminating a little known process or industry, double points for maybe inspiring others. And I don’t have much patience for behind-the-scenes cat-fighting (not too much, anyway … I’ll still DVR my Project Runway … I think mostly it’s because of Tim Gunn, who I think is hilarious and awesome and classy and I would love to have a beer with).

In fact, I like most talent-based elimination shows … Next Food Network Star, Design Star, Chopped, Scream Queens, Face Off, Project Greenlight, The Lot, America’s Best Dance Crew … I’ve seen ’em all, and watched more than one season of most. 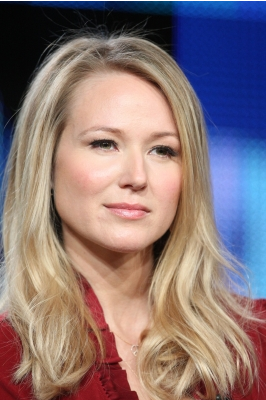 So I was excited to hear of Bravo’s new series, Platinum Hit*, the latest in reality TV talent-based eliminations. American Idol is wearing thin (the sexy-cool-63-year-old-guy-I-wanna-be-ness of Steven Tyler notwithstanding), The Voice just hasn’t captured my imagination like I thought it might, and I’ve always felt like the songwriter needed some reality TV lovin’. So this should be exactly what I’m looking for.

The format should look familiar: It’s the tried and true structure that works so well for Project Runway and its ilk. Contestants meet, they’ve all got their origin stories and strong personalities, they’re thrown into a challenge before they can unpack their bags, the winner(s) of the instant challenge get some kind of advantage, and they’re forced to choose sides and teams and work with other strong personalities they’ve just met.

We get to see the behind-the-scenes of the process (songwriting/composing), and the behind-the-scenes of the personalities (watch the group dynamic define itself in the apartment at night, and hear them dish in private after their performance while the judges compare notes). It’s enough “dish” to satisfy that little bit of train-wreck voyeur I try to deny, but not so much to make me feel bad about myself (like I’d watched Jersey Shore or Horrid Classless Housewives of Anywhere).

And finally, one member of the losing team gets thrown under the bus by their teammates, and sent home. Everyone else gets to come back next week to try again.

They’ve got the right group of contestants, ranging from the likeable to the irritating, the humble to the self-obsessed. They’re all nice to look at, and they all seem to have some writing chops. 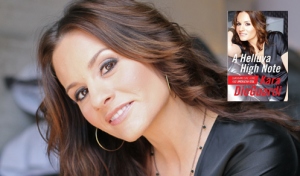 They’ve got the right level of judging legitimacy. Jewel has been a longtime personal fave, and Kara DioGuardi was actually (for me) a bright spot in American Idol‘s experimental phase. And with guest judges like producer Jermaine Dupri (this week) and singer Donna Summer (next week) it may even rival American Idol.

Is the format a familiar formula? Sure. But it’s familiar because it works. And it’s got that hook (in songwriting parlance) that other shows don’t … a sneak peek at the creative process behind hit songs, something millions of people consume voraciously and love passionately.

And not only do we get the process, we get the result, in the form of a full performance of the week’s entries. (Thanks, Platinum Hit, for not editing the performance down to 20 seconds. After watching the process, half the fun is seeing the finished product.) So it also has that performance aspect that I love about AI and SYTYCD.

But then, Project Greenlight and The Lot illuminated the creative process behind hit movies … also something millions of people consume voraciously and love passionately. Yet for whatever reason, they never quite captured the audience they needed.

I hope so. I think it’s got legs. Platinum Hit is just the right combination of process, personalities, performance, and competition.