Well, it’s been a while since I’ve posted. A few folks have been asking where I’d disappeared to, so I figured I’d catch everyone up. 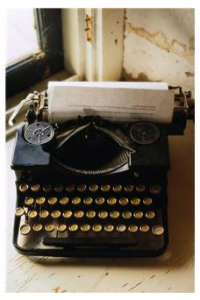 In September of 2009 I took the first full-time job I’ve had since 2002. Well, that’s not entirely true… it’s the first full-time job working for someone else. See, back in 2002 I was working in the dot-com web development space, doing project and account management. Then everything went to hell (remember when web developers wore black turtlenecks and had cappuccino machines at their desks? Remember that? Yeah… good times… ) and I was unemployed. Prior to that I’d spent 17 years in the office products industry… ever seen “The Office”? I was Jim. I couldn’t bring myself to go back to that, so I sat on my couch for 7 months ruining a perfectly good credit score. Then, since no one would hire me, I decided to start my own web-development company – groupofpeople.com – with two other unemployed guys from my old job.

That worked out pretty well… we did a bunch of really good work for about 2 years, employed 12-16 contractors at any given time, and had a cool little office (no cappuccino machine though). I did all the business management, plus project management, usability audits and information architecture. Then my partners realized they didn’t want to be owners, they wanted to be employees – regular paychecks and no headaches, who could blame them – so they took off. I closed up the office and ran the company out of my house for a couple years, then closed it up completely to pay attention to my real passions… writing and art.

So since then, four years or so now, I’ve been freelancing as an illustrator, done some film work as an art director, story board artist, props guy, and a little directing and producing (shorts and industrials) while working on writing screenplays. Paydays are sporadic, but it’s fun and diverse. In particular, the screenwriting has been getting more attention, I fell in with a great group of fellow writers through Marvin Acuna’s BOSI, and I’ve spent the past year or so really focused on social networking to build my support community… Twitter, facebook, LinkedIn, and this blog. The more of it I did, the more I realized that social media marketing is interesting, and critical to having a career in the film industry. Especially when you’re doing it from outside Hollywood, as I am.

Why the long preamble? Why, to set up the ironies, of course.

Four months ago I stumbled across a job opening just down the street from my house. Good regular paycheck, literally a 90 second commute. Better still, what the company — Market Motive — does is train people in Internet marketing… no, not “get-rich-quick” Internet schemes. They train people and companies to optimize their online marketing, through classes in Search Engine Optimization, Conversion, Web Analytics, PPC Advertising, Online PR, and Social Media. All the classes are delivered online, and they needed someone to be their writer… web content, class descriptions, press releases, anything with words. Plus, I’m responsible for capturing and editing the video classes.

So I get paid to write, edit video, and learn Social Media and Online PR… Twitter, facebook, and LinkedIn. It’s a great opportunity, and the people are really nice. Perfect, right?

My first major project was managing the complete redesign and rearchitecture of their website (that’s the new one, linked right up above)… so I was right back in the web development space again. Okay, that’s not irony. Unless you count Alanis Morisette’s brand of irony. But it is something.

More legitimately ironic, though, is that now that I’m fully engrossed 10 hours a day with a company that specializes in — and is training me in — social media marketing, I’ve had no time for Twitter or facebook or LinkedIn or blogging. I have disappeared from the social media universe, because I’m too busy learning how important social media is and how to do it right.

What? You got me a comb? I just cut off all my hair!

Okay, maybe it’s really just poor time management. But I had a huge learning curve in the first few months, and my brain hurt too much to blog.

Anyway, when I took the job, they asked me what my dream job was, and I said “screenwriting”. But, I assured them, that’s not likely to happen in the near term. I had some interest, but nothing solid.

Now that I’ve been there four months, we just signed an option contract on one of my screenplays, Grampa Was A Superhero. Again, not ironic, but it’s a thing, right?

So the end of ’09 was a roller coaster of big changes, and 2010 is shaping up to be a year of big changes and big opportunities. And you missed out on all of it. Because my brain was full.

I’ll be sharing more about the job, the similarities between writing marketing copy and screenwriting, and the social media universe as time goes on. I’m especially interested in social media for filmmakers, and alternative fundraising services… I’ll be talking a lot more about that in the coming months, too.

Cuz now that the painful transition from general layabout to full-time employee is over, I’m getting back on the social media horse.

In the meantime, I’ve got a great watch fob if anyone out there has a naked pocket watch.