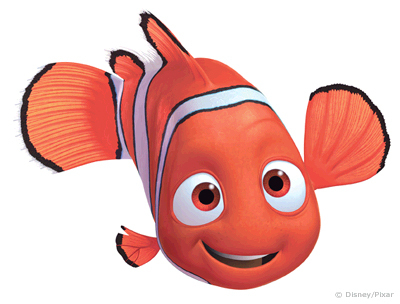 Why you need to avoid hyperspecificity and write at the pace of viewing.

Over on my post What Bad Science Fiction Can Teach Us About Writing Screenplay Description, Susanna  asked a great question:

What about an animated movie script? I read somewhere that they should be more descriptive than the other ones, is that true? I don’t know to what extent we have to explain what we see for example in a construction site. If the vehicles or objects on it will be important for the actions that will follow do we have to name them first or they can just appear on the action lines? Thank you!!

My reply got lengthy, and when that happens, I’d rather not hide it in the bowels of a reply thread. I’d rather give it its own post.

So here we go.

I don’t have experience writing for animation, but I’m sure there are certain things that are unique to the genre. Probably mostly formatting things … I suspect (but don’t know) that the “amount of detail” is roughly the same.

That said, an animation spec may be a tougher sell even than live action.

Here’s a very recent article by the author of Shrek and Balto: Should You Write An Animated Spec Script.

If you’ve got $79 there’s a recording of his recent webinar available.

On Description At Large

I don’t believe the rest of your question, regarding when and how to explain what’s in the scene, is specific to animation. I suspect the same rules hold true about introducing important props in a scene as it does for live action.

Bear in mind it’s a little subjective — each writer has a style. The idea is you want to paint a picture in the readers’ mind, right? But this is important: At the pace of viewing!

What’s that mean? Imagine the scene playing out in your head. Does the character pause and scan the construction yard?

Nemo tumbles through the gate and finds himself face to face with a parked bulldozer, headlights like angry eyes. He calms himself, looks around: Beyond the bulldozer, a dump truck.

Behind him, the sound of the diver’s flippers SLAPPING the sidewalk.

Nemo launches himself under the dump truck, and hides.

I shoulda stayed in the water.

Nemo tumbles through the gate, bounces off the side of a parked bulldozer, and runs past a MAN with a jackhammer. The SLAP of the diver’s flippers is LOUDER. Nemo throws himself under a dump truck. Safe.

The truck suddenly RUMBLES to life and pulls away, revealing Nemo.

Either works, because it’s still kept at the pace of viewing.

NOTE that I don’t tell you I’m in a construction site within my description – the slugline has already done that for me. Repeating the location is redundant and repetitive (see what I did there?) and a waste of precious characters.

You *could* make the argument (I would) that you don’t need to specify the man has a jackhammer, UNLESS it’s going to play later. Otherwise, he just “runs past a surprised construction worker”.

Nemo bursts through the gate and stops. He’s in a construction site, filled with a plethora of construction equipment and tools. Yellow bulldozers, eight-wheeled dump trucks, a giant crane like a Tinkertoy experiment gone bad, a ball and hook swinging lazily in the slight breeze. To one side, a makeshift table of sawhorses and plywood, piled with tool boxes, rope, long extension cords. There are piles of gravel, and the ground is muddy and rutted with the marks of heavy machinery driving around. It’s a cacophony of visual noise, dust and dirt.

I forgot what I was doing here.

Nobody – NOBODY – needs to read  that much hyperspecificity. Even if every one of those items were going to play in the scene later, opening with a laundry list like that just sucks. Don’t do it. Ever.

Why? Because you’ve killed the pacing, and like Nemo, the reader will forget why they’re even in the scene.

That is a script I wouldn’t finish reading.

Wanna write like that? Write novels. I hear some people still read those. 😉