I figure if I put this in writing, I’ll be committed to finally making it happen, so here goes…

In 1985, I was a lit major at UC Santa Cruz. At that time, Lucille Clifton (award winning poet, author, twice Pulitzer nominee) was a visiting professor… I was lucky enough to take several classes with her, got to know her and her daughters, and we all became friends. My son was buddies with her grandson.

I wrote a little piece called “Megan And The Dark.” Lucille like the story very much, and was kind enough to give me notes (I still have the original hand-typed – yes on a mechanical typewriter – copy, with her comments) and encouraged me to pursue getting the story published.

Of course, as with so many opportunities, I didn’t chase this one down the way I should have, and the story has languished for 30 years.

I’m happy to say that I’ll be finally finishing this little book… I’m certainly incorporating every one of her notes in the prose, and the next step is finding an illustration style that’ll do it justice. I’m thinking a more painterly style is appropriate this time.

But I’m hoping it’s not more than six months away.

If you don’t hear the occasional update, please smack me up side the head. 🙂

If you’re not familiar with Lucille and all her marvelous work, you can learn more here: https://en.wikipedia.org/wiki/Lucille_Clifton 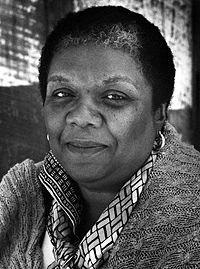 “Lucille Clifton (June 27, 1936 in Depew, New York – February 13, 2010 in Baltimore, Maryland) was an American poet, writer, and educator from Buffalo, New York From 1979 to 1985 she was Poet Laureate of Maryland. Clifton was nominated twice for the Pulitzer Prize for poetry.” – en.wikipedia.org