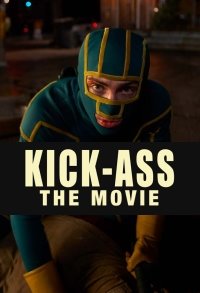 It’s a sub-genre with a history, from early comers like John Ritter’s Hero at Large:

An idealistic but struggling actor finds his life unexpectedly complicated when he stops a robbery while wearing the costume of Captain Avenger, a superhero character of a film he is hired to to promote.

Being a failure as a teacher and a familyman, Shinichi tries to escape everyday live by dressing up as “Zebraman”, the superhero.

A lonely metermaid has a psychotic reaction to his medication and becomes convinced he’s a superhero.

A comedy centered around three characters: an everyday guy who comes to believe he’s a superhero, his psychiatrist, and the teenager he befriends.

An ordinary man transforms himself into pseudo superhero The Crimson Bolt and wages a war on crime after his wife has a fling with a drug dealer.

…to the recently optioned Grampa Was A Superhero:

Grampa thinks he’s a TV super hero, and drags his grandson on a cross-country road trip to confront his imaginary arch enemy… accidentally thwarting crimes along the way and fast becoming a folk hero.

…I see it as a growing subgenre that allows small films with no connection to an expensive, existing franchise to leverage our popular fascination with superheroes, while keeping the hero accessible and identifiable, championing a kind of reproducible heroism (without, hopefully, advocating vigilantism).

The promise of the Grampa project is its inter-generational angle, which brings three generations together to learn the meaning of true heroism and honor.

Needless to say, I’m happy to see the continued interest in the idea, because I’m selfish that way, and I really really want you to be able to see Grampa Was A Superhero.

7 thoughts on “kickass superhero movie adds to the unsuperhero genre”