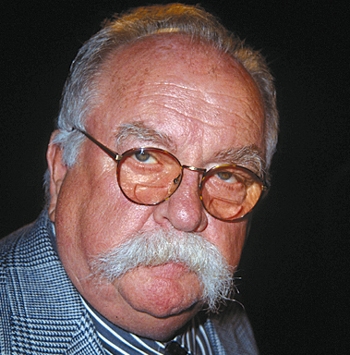 So I’m watching TV tonight and there’s Wilford Brimley (again…always…forever) pimping the medical supplies services he’s been pimping for what seems like an eternity, and I turn to my wife and I say “How fucking old is Wilford Brimley anyway? He was an old man twenty-five years ago!”

In Cocoon he’s an OLD man in a retirement village. And in Our House he takes in his teenage grandkids… I mean Shannon Doherty is like 14 in that series.

So I got two choices… either I’m way the fuck older than I like to think I am, or Wilford Brimley has made a career out of playing really old dudes when he could have been playing leading men. I mean seriously, Bruce Willis is 55 and he’s still kicking ass and taking names.

Dude, which 50-something guy do I want to be? Which one do you want to be? The Bruce Willis or the Wilford Brimley**? No offense, Wilford, but I’m going with Bruce.

Hey, when I’m 75 I’ll be happy to be the cranky cantankerous old coot. But not before I have to, okay?

2 thoughts on “how fucking old is wilford brimley anyway?”