Getting feedback from a screenplay consultant or reader can be humbling, and confusing. Maybe even a little demoralizing. 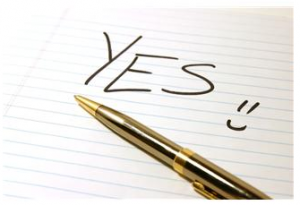 Knowing what to do with screenplay feedback can be crippling.

Partly because it’s just words on a page. Just like an email or a text message, written feedback doesn’t provide an opportunity to discuss and clarify, so if the screenplay consultant misunderstood something, or isn’t clear in their recommendations, you’ve got no recourse. You’re left to interpret (or misinterpret) to the best of your meager ability… or simply discard what could be valuable feedback.

What can you do about it?

How about choosing a screenplay consultant who follows up his feedback with an honest-to-god phone call, and goes over your screenplay and the notes point for point?

Here’s why his service is different.

My writing partner Sean and I recently had Adam read our horror screenplay Faeries. Now, we’ve had feedback on this screenplay already, and it ran the gamut from flattering to actionable to outright confusing.

Adam’s approach starts out familiar… you send him your screenplay and he reads it.

Then you get it back, in the form of a PDF, with notations conveniently made right on the file. Likely as not you’ll also get a separate document of notes and recommendations. His notes are specific and actionable, and his references to like films are timely and appropriate.

In our case, we shared an affinity for one of our reference films, The Descent, and were able to discuss its strengths and weaknesses as they pertained to Faeries.

More importantly, his are the comments and recommendations of a real, working screenplay consultant who’s working with real producers and studios right now, so he knows what they’re looking for.

Then it gets better.

It’s the phone conference that really sets this consult apart.

Adam got on the phone with us, and spent more than an hour going over his notes. We had an opportunity to clarify things he had questions about, and to ask him to clarify recommendations we didn’t grok.

Many of his comments were familiar, things we’d heard from other readers… which we’d either apparently not fixed, or had already chosen to stand by. After all, we don’t have to agree with all the feedback… not even Adam’s. Which he respects, and in a few cases once we defended our position he retracted his objections… but still helped us see why he’d been confused, so we could better present the story point in future drafts and avoid that confusion in other readers.

And some of his comments were spot on. Things we’d never seen or considered, that once addressed will truly make our screenplay stronger.

Then to top it off, he invited us to call him back in the next few days if any other questions came up for us once we’d decompressed and filtered all the input.

Adam’s a well respected screenplay consultant with his finger on the pulse of what studios and producers are looking for right now. That kind of reader is hard to find… finding one who’ll sit on the phone with you and make sure you get real value out of his feedback is rarer still.

By the way, Adam also contributed to this blog a few days ago with his insights on protecting your rights as a screenwriter. 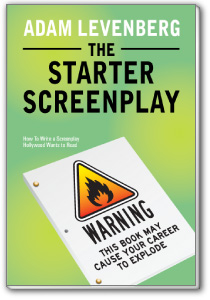 As the USA Films reader who recommended HOLLYWOODLAND and SYLVIA, Adam Levenberg knows his way around a spec script. Later as Creative Executive for Intuition Productions and Development Executive for One Race Films, Adam interacted with every major literary agency, fielding pitches from the industry’s top screenwriters. Now as principal at ENDZONE CONSULTING, Adam’s clients include one of Hollywood’s biggest producers as well as a legendary two time Academy Award winning actor.

You can learn more about interacting with the entertainment industry in Adam’s book THE STARTER SCREENPLAY, now available on Amazon. And check out his consulting service at HireAHollywoodExec.com.