On one of the many screenwriting forums I frequent, a screenwriter posed the question “Did this producer steal my screenplay?” 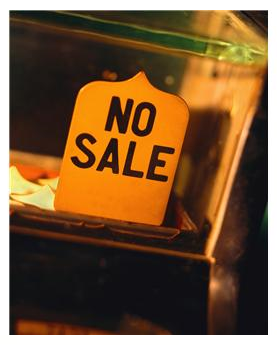 It seems the writer was approached by a producer who was interested in one of her screenplays. They swapped a series of emails, exchanged several versions of a sales contract, and arrived at a purchase agreement. Yay for her.

The screenwright delivered her screenplay via email, the producer delivered the agreed upon sum. Again, Yay for her.

But the final contract didn’t arrive with the payment. In fact, neither the screenwriter or the producer signed a hard copy.

Then the screenwriter learned that the film had made it into production, and filming was under way. Without a signed contract.

So her question was, “Did this producer steal my screenplay? Should I demand a contract? Or just take the money and run?”

First, do we really need this adversarial relationship between writers and producers? Writers (at least aspiring writers) always seem so ready to accuse others of “stealing” — screenplays, ideas, characters. Yes, it’s healthy to protect yourself … that’s what the WGA and Copyright.gov are for.

But I don’t think it’s healthy to assume the worst, and to bandy about the term “steal”.

After all, couldn’t the producer ask the same question? “Did this screenwriter steal my thousand dollars? She was happy to take my money, but never provided a receipt — a contract — transferring ownership of the property to me!”

Sounds more like a sloppy transaction. Either party could have — and should have — pursued the execution of the contract (and I suppose an argument could be made that a verbal contract was executed by virtue of the accepted payment … backed up by the email trail).

But I don’t think it’s stealing. 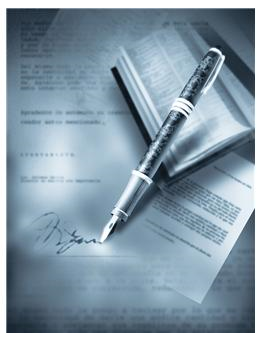 Back to the writer’s question. What next? Should she pursue a signed contract? Or take the money and run?

If it was a good contract, it will have included important things like (at the least) credits, if not first right of refusal on writing sequels, or the writer retaining rights to other uses (novelizations, stage plays, etc). And lots of other protections. What recourse does the writer with no contract have if the film comes out and it’s got somebody else’s name credited?

So hell yeah, get a signed copy.

It’s in the filmmaker’s interest to sign the contract too. I’m no lawyer, but seems he’ll have to provide proof of rights to the play to any distributor or sales rep before he can do anything with the film… just as he’ll have to prove rights to any music, actors’ likenesses, product placements, etc.

It’s in everyone’s best interest to tie up the loose ends, and get that contract signed.

And it’s in no one’s best interest to go on the attack and start talking about “stealing”.

As I said in 10 things to think about when optioning your script: This business is about relationships. Don’t cripple the production, don’t be a prima donna. Be a partner.

So the writer should spin it without acrimony, as a creative partner with a vested interest in the success of the project.

“I’m stoked that we’re in production … let me know if there’s any way I can help with any rewrites or anything else. By the way, I haven’t seen a copy of the contract, and without my signature legally transfering rights I’m worried we may run into issues down the line when you approach a distributor … send it along asap, with all the details we discussed by email, and I’ll sign it and shoot it right back to you. Congrats again on getting production started … I look forward to hearing from you.”

Note that she’s indicated the filmmaker doesn’t yet legally own the rights, but without being confrontational. And her use of “we” infers a mutually beneficial partnership in the project. She’s being professional, and watching out for the filmmaker’s interests, while protecting her own.

The contract will get signed. She’ll have a good working relationship with the producer, and a good reputation.

What if the producer doesn’t respond?

But on the off chance the writer gets no response, she should spend a couple hundred bucks and have an entertainment attorney send a “polite reminder” on letterhead.

Do people ever steal stuff? Sure. And you should protect yourself. You should get aggressive when necessary, because it’s your property and your career.

Just sneak up on the aggression. Make the other party earn it. Don’t start there.

One thought on “Did this producer steal this screenplay?”

Leave a Reply to An Aspiring Screenwright Cancel reply