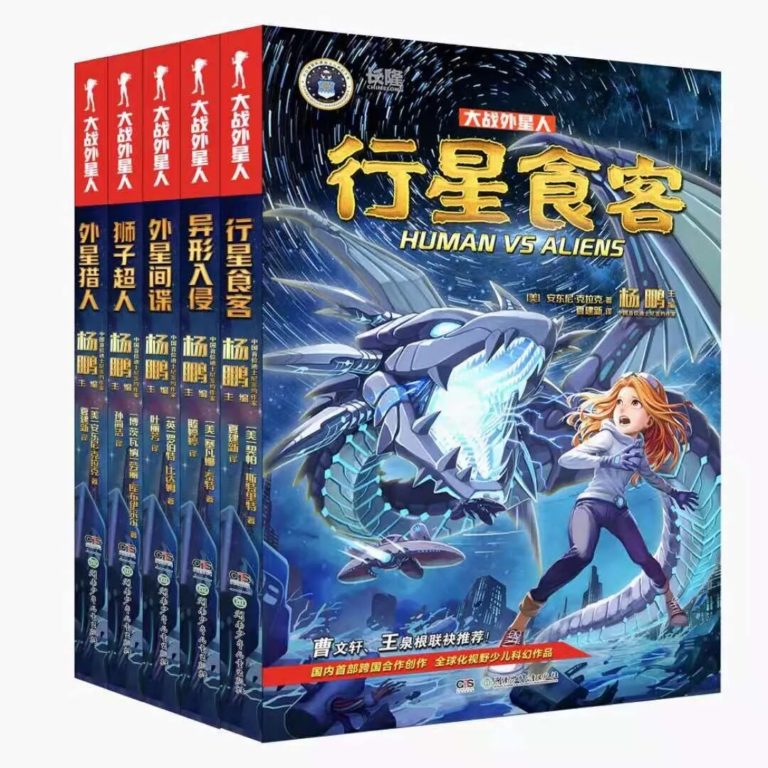 15 years ago an alien interstellar ark with a half-dozen different species on board arrived in our solar system, claiming to be peaceful travelers in search of a new home.

Now, because her parents are part of the scientific team living aboard the ark, 11-year-old Mitzi is the only human kid in her classroom. Struggling to make friends with classmates who communicate through sounds, smells, and colors, her innate curiosity and penchant for exploration lead her to uncover the real reason the aliens are here.

Can she trust the few new friends she’s managed to make? Or do they all have some secret ulterior motive?

I was chosen by best-selling Chinese author Peng Yang to be one of 15 international authors to contribute to the "War On Aliens" collection. The series is designed to bring diverse international voices to a young Chinese audience.

The collection is initially being released in Chinese, translated from my original English.

My understanding is that it will have an English distribution at some point in the future.