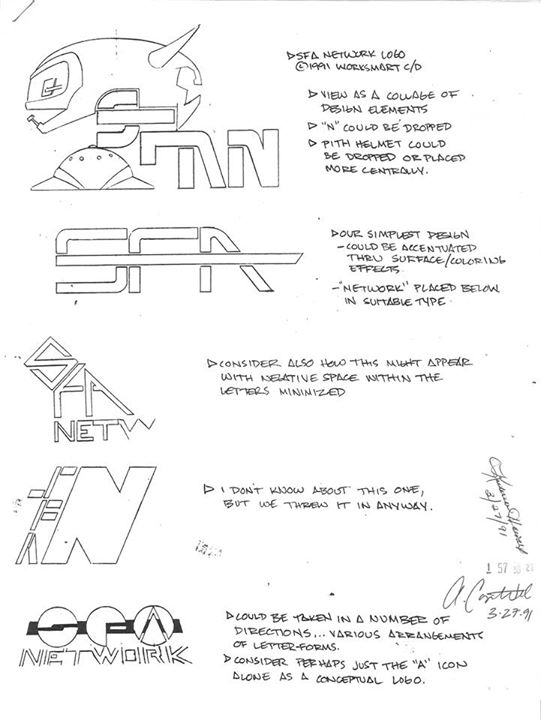 Why It Might Be My Fault There’s A SyFy Channel

Way back in 1991, the SciFi channel (later “SyFy”) was still looking for funding, backers, and content.

It wasn’t on the air yet, and it had competition.

At the time, I was the art director for a science fiction / hard science conference called “Contact” (which is still around… http://www.contact-conference.com) …

That year, I met a guy named Mike who was planning to beat “SciFi” to the punch with his own genre network, the “Science Fiction, Fantasy, & Adventure Network” – SFAN.

My pal Sean Meehan and I got to chatting with Mike, and learned that they needed someone to work on the branding for this new network. He was sure that they would beat SciFi in the market, given that they weren’t limited simply to the SciFi genre (little did he know they’d veer far from that core eventually anyway.)

In exchange for the branding work, we’d get a piece of the network.

Turned out to be worth every penny.

Anyhoo, I found a couple of the rough sketch pages from that ill-fated project.

They’re pretty terrible, but in fairness these were the very first high-level conceptual roughs.

So, if you want someone to blame for what eventually became SyFy, I’ll take the heat. 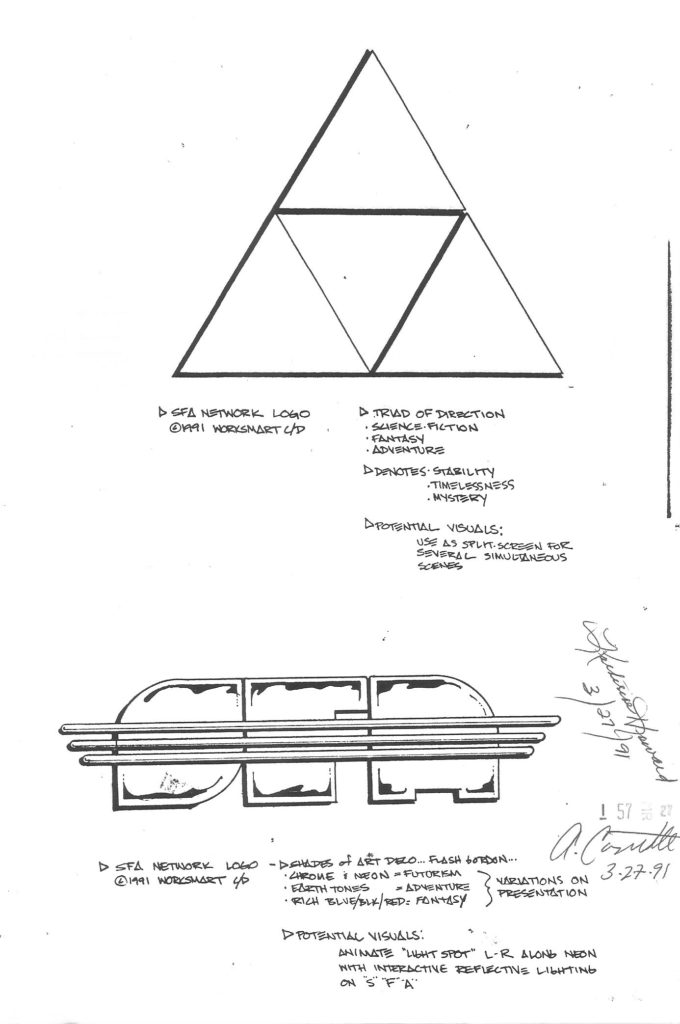